Don’t just let your PICO project on hold because of small header pins…! Here is the Raspberry Pi PICO with soldered header pins to provide you with ease to use the board as soon as you get it. 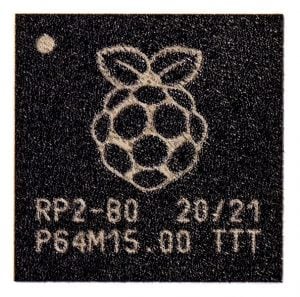 The RP2040 is supported with both C/C++ and micro-python, meaning that if you’re a beginner and want to learn any of these languages, the Raspberry Pico would be the best product-option to start with.

There are no reviews yet.

Only logged in customers who have purchased this product may leave a review.

Raspberry Pi 3 – Model B Original with Onboard WiFi and Bluetooth

Our Support lines are open from 10 am to 6 pm, to support all your queries.

99% of orders are shipped within 24Hours.

We follow highest security standards to make your transaction safe.